Sometimes I think back to the late 1960’s when, as a 19 year old I spent a few months doing temping secretarial work in London. Travelling on the underground from my aunt’s house in the suburb of Kew Gardens every day to get to the Daily Mirror offices I used to read all the adverts on the walls whilst going up or down the escalators at the various tube stations.  At the time there was a show on called “Stop the World, I want to get off!” That was many years ago, and that saying would seem to be far more relevant in this day and age. 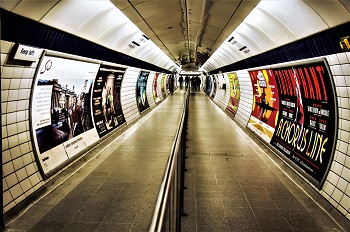 We are constantly being bombarded with new ideas and new technology. In the 60’s things were so much slower although, at the time, we thought life was pretty hectic. Getting to work on time, meeting deadlines – if only we had had an inkling of what the future was going to be like, we would have looked at our situation in a totally different light! In some ways those years were paradise compared to the times we are living in now. The pop scene of the 1960’s took the world by storm and heralded changes in every area of life, particularly where the younger generation was concerned. Fashions changed, music changed for ever, and suddenly there was an expression coined which was known as “the generation gap”! Somehow, this had never had any relevance in previous times.

The old adage that there are only two certainties in life – death and change- can be pretty depressing. However, it depends very much on how one is able to cope with either or both of these facts. The former can actually propel us into facing each day with excitement, as it could be one’s last day on earth and therefore needs to be embraced and enjoyed to the very fullest extent. The latter is the one which can often cause the most stress and discomfort.

“ I have looked in the mirror every morning and asked myself,
‘If today were the last day of my life, would I want to do
what I’m about to do today?’
And whenever the answer has been ‘No’ for too many days
in a row,I know I need to change something.” – Steve Jobs

For the so-called baby boomers, there has probably been far more change to cope with than for any previous generation.  Social attitudes, technology, communication, medical advances – plus so many other areas which affect us on a daily basis have, in many cases, caused stress as well as improved lifestyle.

Receiving up to date news items from all over the globe can in itself prove difficult to cope with. Years ago there was no such thing as the internet and we relied on radios and newspapers to keep us up to date. The situation that existed in many areas of the world such as the Iron Curtain (Eastern Europe) was so controlled that it prevented any form of negative news from being exposed to the rest of the world. This situation also existed in China. With the advent of the computerised office as well as the availability of the P.C., life changed forever. For better, or worse? That is a matter which could be discussed ad infinitum!

Today we hear about all the catastrophes affecting people in all corners of the world, from the moment we get up until we go to bed. Depending on one’s psychological makeup this can be devastating to one’s mental health or inspire one to try to make the best of a possibly challenging situation.

Then there is the pandemic of social media-itis. If you are unfortunate to suffer from this contagious condition then everyone else appears to be more beautiful, living a wonderful life, travels extensively, wants for nothing – oh yes? Scratch the proverbial surface and the truth is often a totally different story. So much can be said about this toxic situation but enough rambling for now – another time maybe!

“Is this where we’re heading…?” 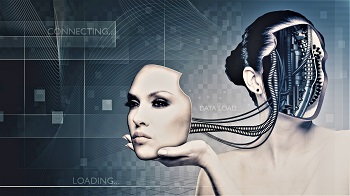