Sitting by the window, she allowed her mind to wander. She found her thoughts filled with nostalgic memories, and the dreary look of the early winter garden did nothing to cheer her mood. She loved the crisp winter days, but this bleak, still, grey weather made her miserable.  She remembered the day over 23 years ago, when she had brought him home from the hospital – a beautiful, big, blonde baby boy. How the years have flown, she mused. No longer so blonde and the baby fat all gone, he had become a good looking young man with light brown hair. A fledgling who had left the nest to try spreading his wings. She was the last person to think of clipping those wings. She had encouraged the move, knowing the importance to their relationship of letting go. Possessive mother was not part of her makeup.

She loved him dearly, but the past few months had been fraught with frustrations on her side. She had begun to feel used, and somewhat abused by his apparent selfishness. Passing his open door and viewing the mess within had made her fight to control her anger. She knew this was all a part of the cycle – outgrowing the family home and no longer having any regard for family rules. Shouting didn’t help matters. It just caused her to feel exhausted and nothing was gained. Finally, he mentioned his hopes of getting a flat of his own to rent.  All of a sudden there seemed to be a bright light at the end of the tunnel! Could it be possible that, before those men in white coats came to take her away, her sanity would be saved?

He had been an easy child with a good sense of humour. The teenage years had often proved to be challenging, as any confrontation seemed to end with the slamming of doors and the threat of running away. She blamed this behaviour on his father’s genes! She took the credit for his love of socialising and his sharp wit. Funny how easy it is to pass the buck for one’s children’s shortcomings! She was proud of his accomplishments. He had worked hard for the past five years and was beginning to find his feet. Soon he would be able to consider making a down payment of a home of his own.  No doubt marriage would be the next big step. The cycle would start all over again with the birth of his first child, just as it had the day he was born.

She had to force herself not to feel depressed. After all, this was the beginning of his true independence, so why was she feeling sorry for herself? For the first time in years, she had a room to pursue her arts and crafts and how she had yearned for that moment! It must be the weather that was making her feel down. Exercise would do the trick. She dragged herself from her thoughts and started changing into a tracksuit. Running the dogs always managed to cheer her up. 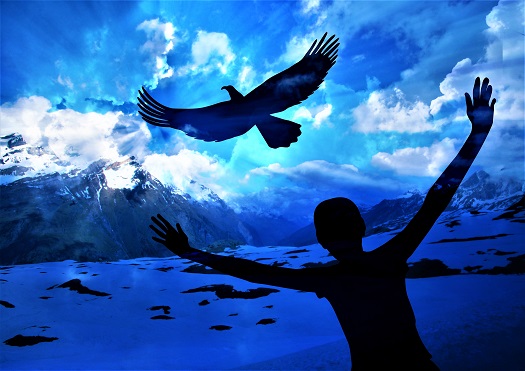