Every time we open a magazine or a newspaper or hear an announcement regarding a celebrity or even a criminal, we always seem to search to discover their age. What is it about one’s age that creates such fascination?  Does it mean that one can be too old or too young to do whatever it is that makes the deed or occasion noteworthy? The first question we ask one another is, “how old was she/he”? This is even more relevant when the person involved has either had an illness, or worse still, died.

This fixation with age must be something which is linked to a first world mentality perhaps? No-one seems to worry about the age of, for example, The Dalai Lama. His face emanates kindness and caring but it is also creased with signs of age. I have never heard anyone say that he may be past his prime, or a bit too old for the job! With medical advancement it is now a fact of life that, where people have access to good nutrition and health care, they are living much longer than in the past. This is posing huge problems due to the drain on a country’s medical system as well as impacting negatively on job opportunities for younger people. If you have to carry on working due to a shortage of money then you most certainly would not choose to retire at 60 or 65. Not all companies make it mandatory to stop working once these milestones are reached.  Therefore, it stands to reason that the pattern of having one person leave the company and a younger one being employed in their place no longer applies.

I have just heard a discussion on local radio where people were talking about having changed their career direction in mid- life and qualified in a field which until then had been something of a pipe dream. One man had graduated as a medical doctor at the age of 51 after having previously spent years in the corporate world. In this case one would assume that age might be to his advantage. If you have the need to see a doctor and he is middle-aged you would hardly even consider the fact that he may have very little practical experience. His age should work in his favour as I can’t imagine that there would be a banner on the practice wall announcing, “Our newly qualified Dr. so and so (age 51) has joined our practice. Welcome!”

“You have to embrace getting older. Life is precious
and when you’ve lost a lot of people, you realise
each day is a gift.” – Meryl Streep. (American Actress)

People tend to panic about getting older and perhaps losing their youthful looks, but when one has had friends who died in their mid-thirties or early forties of cancer, then it really is a case of every day of good health being a gift which needs to be savoured. This epidemic of trying to stay as young at 50 as one was in one’s early twenties is crazy. One only has to look at current pictures of 1970’s Hollywood stars to see that sometimes it might be best to let nature take its course instead of searching for eternal youth. With botox, lip and cheek fillers some of these have-beens now look like cartoon characters. There are actors such as Dame Judi Dench and Dame Maggie Smith, to name just a few, although showing signs of age still manage to remain dignified and believable. Life moves on, and whilst it’s great to make the best of ourselves, there are limits me thinks? 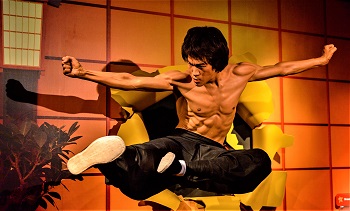 We need to be careful that, by focusing too much on our age, we limit our potential. There are martial arts clubs as well as dance studios which cater for beginners of all ages. However, I would imagine that, for example, taking up either of these exercise regimes would have their limitations. Bruce Lee, Rudolf Nureyev and Margot Fonteyn began early in life to pursue their chosen field of expertise. Somehow, it would seem to be far-fetched to imagine that a forty-something person would be able to reach particularly great heights in either of the above disciplines. I could be wrong and I hope that I am.

There are many instances where top surgeons, artists and business people for example are still achieving amazing results well into their latter years. As long as one has good health and is not showing signs of slowing down, then the many years of experience are obviously an incredible advantage. Mentoring younger people can be an extremely valuable way in which one’s abundance of knowledge and experience will be passed on to the next generation. After all, what is the use of knowledge if it is not shared? Many valuable discoveries have probably died along with their discoverers due to selfishness and an ego-centred attitude and an aversion to sharing their findings.

The Rolling Stones, Sir Cliff Richard, Sir Elton John, Sir Paul McCartney, and not forgetting the Nobel Laureate Bob Dylan are just a few of many musicians who have not allowed getting older to hamper them in any way. In fact, like a good wine, they just appear to keep on getting better as the years go by. One only has to take note of the age of the people packing the stadiums when they perform at their live concerts to realise that age, when it comes to music and entertainment is totally irrelevant. Many of the concert goers are at least 30 or even 40 years younger than their idols.

Another angle where age seems to rear its ugly head is in a situation when a woman marries or becomes involved with a much younger man. Somehow it seems to be far more acceptable for a woman to be in a relationship with a man much older than herself as opposed to her finding a young stud! The latter is seen as a case of cradle snatching and often looked down upon by friends and relatives. However, I have read findings over the years that women tend to reach their sexual maturity around the age of 40 whereas men peak at 20, so wouldn’t it make sense to marry someone who’s sexual age tallies with one’s own? However, it has also become a fact over the years that 18 is no longer viewed as the start of adulthood, as it was in the past. Now, it seems that one has to reach the ripe old age of 25 to qualify for adult status in many cases. There are clubs and restaurants who limit the clientele to those of a more adult age – obviously due to potential hooliganistic behaviour from the younger generation. Therefore, one’s social life could be seriously curtailed if the new husband is still viewed by society at large as a juvenile, despite the fun and games in the bedroom!

It used to be frowned upon to ask a woman how old she was, but this certainly no longer seems to be the case in many Western societies, by all accounts. Anyway, having to reveal your ID number in South Africa, there is no running away from the fact. As long as the person to whom you give the required information has a working knowledge of arithmetic, they will very quickly work out how old you are. What bigger complement can there be than the recipient of the information turning to you and saying that they would never have thought you were that age!  What is the point of lying anyway, after all life is for living, and each day counts. So, while age is relevant and we are all obsessed with finding out how old everyone we come in contact with is, it really is a privilege to, hopefully, make old bones!

“Do not grow old, no matter how long you live. Never cease
to  stand like curious children before the Great Mystery into
which we were born.”
– Albert Einstein (German – born theoretical physicist)