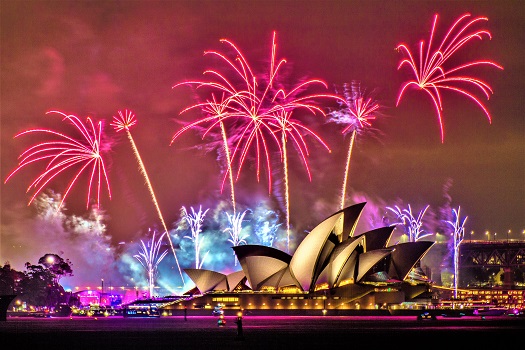 Regardless of the country in which you live, if you are reading my blog right now you are possibly making plans to celebrate the end of 2018 and the start of a New Year, with all its promises.

We humans seem to have the knack of facing the New Year with optimism time and time again. It is this hope and positivity when thinking about the year ahead that keeps us going, despite any  hardships and sadness that we may have had to endure during the past year. It’s just as well that we are often able to start the New Year with enthusiasm and a certain amount of excitement at what the coming year will bring.

With the world having become so very much smaller due to technology, one is able to watch people in all different countries celebrating the arrival of the New Year. One can begin by watching magnificent firework displays in cities such as Sydney, Australia, or Auckland, New Zealand and then travelling to Africa and watching festivities taking place in Cape Town. Two hours later, the crowds around Trafalgar Square in London, despite the cold, are always up for a rip roaring New Year’s Eve party – even going so far as to jump into the freezing fountain (obviously alcohol fuelled!) Firework displays along the banks of the River Thames are also par for the course. 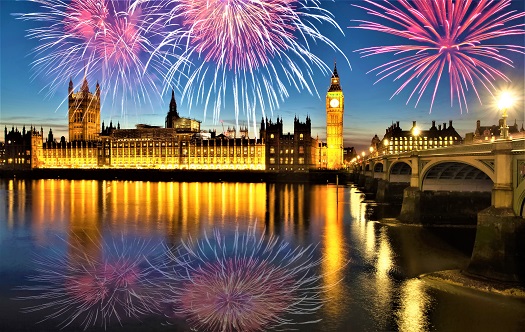 Times Square in New York is among the last cities to celebrate the arrival of the New Year (obviously this depends on which continent one is living when making the comparisons) and the freezing cold weather seems to do nothing to dampen the enthusiasm for being part of the activities. Similarities do seem to exist in Western societies when it comes to the New Year celebrations. Counting down the minutes to 12 midnight, letting off fireworks, kissing those nearby (!) and toasting one another with glasses of bubbly – all these are well known to many of us.

The singing of Auld Lang Syne (composed by Robert Burnes) is, for many traditionalists, an absolute necessity at the start of the New Year.  However, if one were to actually celebrate New Year in Scotland things could be quite different.  The Scots celebrate Hogmanay (as opposed to New Year) and for them the traditions include the “first foot”. This has to be a dark haired man bringing with him a piece of coal and other items such as some shortbread, and a “wee dram of Whisky” entering one’s home at the stroke of midnight, or just after, in order to ensure good health and prosperity for the coming year.

Many of us have good and maybe not so good memories of New Year’s Eve celebrations over the years. Waking up on 1 January can be a painful experience due to the night before. There are parties which may have been well worth the headaches of the morning after, while others are best forgotten. With drinking and driving laws in most countries these days, many choose to stay at home on 31 December and watch television, or have a special meal in an attempt to stay awake long enough to toast the arrival of the New Year with a glass of champagne.

Here’s hoping that 2019 worldwide is a less traumatic and troubled year than many of the more recent ones have proved to be. To anyone who is reading this, my wish is that you will have a wonderful start to the New Year.