Well, we only have a few days ahead of us before we enter the 2020’s and, looking back, things appear to be vastly different than they must have been a hundred years ago, when people were waiting for the start of 1920.  I thought it would be a bit of fun to compare a couple of the differences between 1920 and 2020 as far as fashion and lifestyle is concerned, so here goes.

The first world war took place between 1913 and 1918 and is still referred to as The Great War. The loss of life and the conditions which the armed forces on all sides had to endure were horrendous by all accounts, as much of the fighting was done by soldiers in cold, muddy trenches. As in any war, as well as in the days afterwards, times were extremely difficult for most people and something needed to happen to improve morale. It may well have been that the anticipation of entering a new decade assisted in lifting peoples’ spirits.

As 1920 approached, it saw women over the age of 30 in the UK having been given the right to vote in 1918, a privilege which American women were to receive during 1920.  Consequently, the fashion of the times started to reflect this new emancipation and the “flapper” arrived on the scene, with her beautiful bobbed hairstyle which was suited to the head hugging cloche hat of the time. The wearing of the Chanel inspired, drop-waisted, shorter length shift dress meant that no longer did women have to squeeze themselves into tight, uncomfortable corsets. For evening wear these dresses would have been decorated quite elaborately with sequins and crystal beads. The style was well suited for dancing the Charleston or the Black Bottom at the new night clubs where jazz was all the rage. The desire to have a slender boyish figure made its appearance along with the fashion for smoking, using fancy cigarette holders, and wearing make-up in public. By all accounts there was a major shift regarding morality during this period in history. All in all, for those who could afford it, life seems to have been a time for having fun. 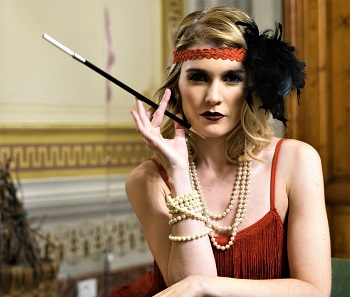 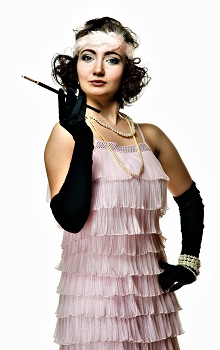 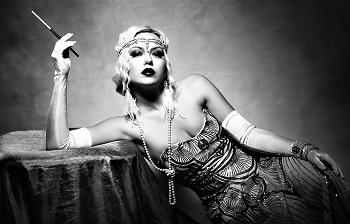 Men’s fashions changed as well during this period. One only has to watch the movie, The Great Gatsby, to see how dashing the men’s outfits were compared to the austere clothing which was worn before and just after the war. Pin striped suits or blazers worn with white trousers and braces, trilby hats or straw boaters, two-tone shoes, and natty bow ties were the rage.  All in all, a very attractive time where men’s clothing was concerned, albeit for the wealthy. 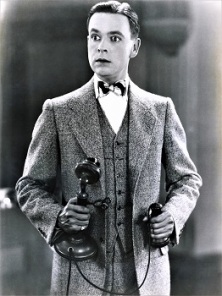 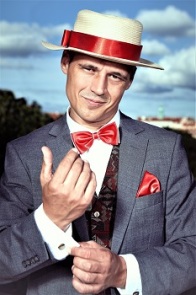 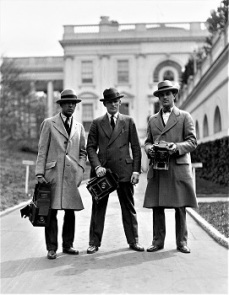 As we look towards 2020 things are rather different.  Fashion has had to accommodate the changing shape of many people the world over as obesity has become a serious health issue. Despite this phenomenon, more and more flesh is exposed than in the past and, with the exception of certain religious groups, there is often a noticeable lack of modesty. The rather unusual dance style known as Twerking (as made famous by a certain American female singer)  raised its rather ugly head, or should I say backside, in recent years in the name of dancing, and tattooed bodies are in evidence in abundance across the board, age and sex seemingly being irrelevant. It is very important amongst many people to have clothing which is branded e.g. Nike, Adidas, Jimmy Choo, Calvin Klein – the list goes on and on.  Even if people are not particularly wealthy, it’s often the image they wish to project which is the important factor and not affordability.

Skinny jeans are still all the rage as we move towards the new decade and, to be in fashion, there need to have more rips and holes in them than denim. If they have a designer label on them, then the price does not reflect the lack of material used to make them. It has also become common practice to wear denim to just about any event. No longer is it necessary in many cases to wear an evening dress to attend a theatre production, or to have a meal at an upmarket restaurant. Only if an invitation states that it is a black-tie event, does a man need to wear a dress suit and his partner a cocktail dress. If an event states smart casual then this covers just about any style of dress other than shorts, tee shirts and flip flops! 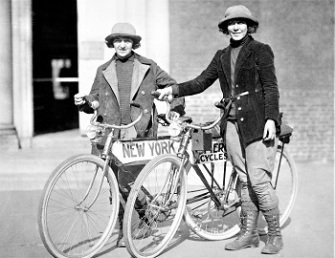 When we look at the way in which transport has changed in 100 years, we can quite comfortably assume that It would have been a select few who were able to afford to buy a motor vehicle as 1920 approached. Most people would have had to rely on trams or steam trains or even a horse and cart, although cycling was a very common form of road transport at the time.  Nowadays, in many countries, it is almost a rite of passage for teenagers to get their driver’s licences as soon as they are old enough. Even without their own personal vehicle, there is often a family car which they are able to use every now and again. Bicycle riding, especially in some countries where drivers are often reckless and negligent, can be extremely hazardous, so being able to drive a car is seen as critical in order to get where you want to without having to depend upon sometimes unreliable public transport. There are many countries where trains and buses run regularly and without undue delays, but in other countries that is definitely not the case!

I realise that there are dozens of contrasts which I could investigate regarding the hundred years between 1920 and 2020, but it could take me months to do justice to them all. Suffice to say, all we can do to cope with all the changes with which we are constantly faced is to take a deep breath and try to embrace them without having a panic attack. To use a well-known cliché, there are two certainties in life – change and death, so if it’s only change that we are coping with, we are still in a good place after all. So, bring on 2020 with all its potential challenges and opportunities, and let’s clink glasses with those near and dear and drink to a good New Year wearing our ripped denim jeans albeit with their designer logos! 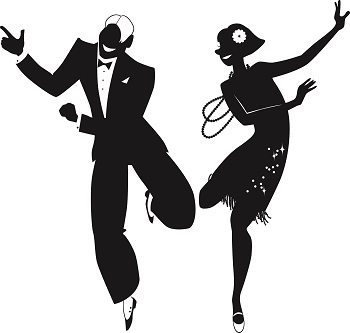