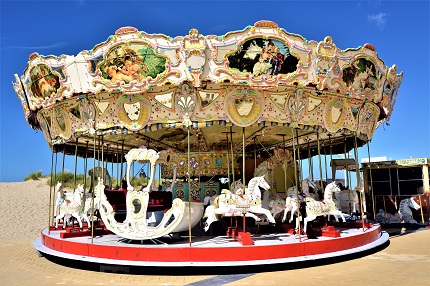 FRIENDS WITH A DIFFERENCE 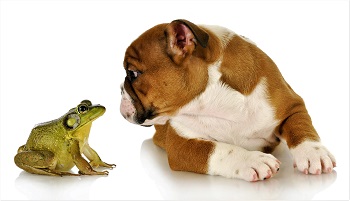 Can there be any friendship that is more rewarding than one between a human being and a beloved animal. The unconditional love that is shown by an animal to its owner has to be experienced to be fully understood and children who grow up in homes shared with animals have the advantage of knowing from their early years the pleasure that pets can bring. There are certain people who will keep a dog as a protector but, due to their religion, never even fondle the poor creature, which surely is a shocking form of emotional abuse. This was told to me by a vet who found it very difficult to cope with this kind of pet owner.  Unfortunately, culture plays a role in many communities and having an animal as a pet can be taboo. Children brought up with this unfortunate background often scream hysterically whenever a dog or a cat comes near them. I have been witness to a child screeching like a banshee when a little Jack Russell dog just wanted to say hello to the girl in question. The poor little dog was terrified by this unexpected and totally unnecessary outburst. Worse than that is when adults have gone hysterical just because a cat has come near to them.

If children are being prevented from having any form of animal in their home then it would be a very good idea for nursery schools or day care facilities to get such youngsters more comfortable around small creatures. I wouldn’t advocate a teacher bringing her Great Dane into a classroom, but to have a bunny as a classroom pet or even a hamster could teach children how to care for any pet they may own in the future. The child who grows up on a farm where there are not only domestic animals but also a variety of farm animals such as pigs, cows, goats, donkeys, ponies as well will probably never realise just how fortunate their childhood is compared to someone who has never even owned a puppy.

We read accounts every day in various newsfeeds about the amazing deeds which animals have performed whereby human lives have been saved and warnings given regarding health issues as well as preventing dangerous occurrences. Dogs are being trained in some countries to be partners of children who have life threatening illnesses and to bark a warning when, for example, an epileptic fit is about to occur. This must be an absolutely fascinating form of animal training which must take hours of dedication and love for the job at hand. The same goes for people who are involved in puppy walking future guide dogs for the blind. We humans think we are so clever, but we know so little about the potential and intelligence of our four legged friends. The best we can do is to respect them, love them and care for them and appreciate the value they bring into our lives.

A sad part of growing old is that in many cases the elderly are prevented from taking their often equally elderly dog or cat with them into a retirement home. Having to leave a house they have often lived in for most of their adult lives is traumatic enough without the heartbreak of having to be parted from a beloved pet. The reason given by management of many of these retirement homes is that the pets can become a nuisance to other residents. The truth of the matter is that most of the time the dog or cat is content to sit at the feet or on the lap of the elderly person with a minimum of exercise required so that reasoning seems to be inconsequential to say the least.

“Animals are such agreeable friends; They ask no questions,
Pass no criticisms.” – George Eliot

A pig can be a wonderful pet and despite all the negative comments about pigs, they are actually very clean animals. So it really is an insult to the porkers to align them with grubby, messy humans!  The downside of having a pot-bellied pig as a pet is that they can grow extremely large and I believe can become rather aggressive. It is also much easier to take a puppy to puppy socialisation classes than a pot-bellied pig! Just thinking about the reaction of all the dogs at puppy school if a pig had to join the class is rather disturbing! I have heard though of a sheep going to dog training classes, so maybe taking your pig along isn’t so far fetched after all.

Just a last thought. Have you ever been ill or been forced to lie in bed to recuperate after an operation and your cat has slept on your bed the whole day, purring and keeping you company? You just never feel alone if you have that four legged family member to give you that unconditional love. Whether it’s a dog, a cat or even a pig on whom you lavish attention, the emotional rewards cannot be measured. That wonderful warm and fuzzy feeling you get when you return home after having been away for even a few hours and your pet bounds over to lick you or rub himself around your legs, has to be experienced to be understood. That is true friendship of the highest order.