The end of the world as we know it?

It is getting more and more difficult to stay positive here in South Africa during the lockdown and being isolated from family and friends. Unlike in other parts of the world, it seems to be more about turning the country into a police state than protecting the vulnerable. There are just way too many ridiculous rules being made with no explanation given as to the reasoning behind them. There is also an unacceptable level of violence being committed by those whose job it should be to protect the public. How are we meant to maintain sound mental health when we are bombarded constantly with distressing statistics and reports of violent behaviour.

Hundreds of South African schools have been vandalised, and in many cases set on fire, during the past few weeks of lockdown, and this is a country desperately in need of education. There is absolutely zero control over crime, and this has been the situation for years now. Currently many things have gone completely crazy, as the emphasis is on checking for illegal cigarettes and contraband alcohol, due to the ban of the sale of these products during lockdown. This kind of draconian control has no intelligent reasoning behind it. No-one had the common sense to consider that there should have been 24-hour armed surveillance at all schools whilst they were unoccupied. Instead, they became an easy target with laboratory equipment, computers, in fact anything the thieving swines could get their hands on was stolen.

The control is over the middle-income (not going to be middle-income for much longer) group as the poor do not heed such things as social distancing as it is not part of their culture. They are the ones who are suffering from food shortages due to so many employers being unable to continue with their businesses and being unable to pay their staff. Some will receive a smaller amount than their usual income from unemployment pay-outs, but this is likely to take quite a while to be implemented and people need to survive in the here and now. The government are proving to be totally inept when it comes to preventing hunger among millions of poverty-stricken individuals.

It has been so easy to convince the masses, mainly uneducated and usually totally illiterate, to always vote for the ANC, as for many they honestly think that Nelson Mandela has something to do with the party today. How very wrong can they be? 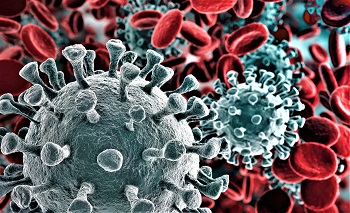